Sakshi Ganapathi The historical significance of the revered Srisailam is extensive and old. This hallowed area is home to numerous holy temples, ashrams, mutts, water features, and scenic beauty. Because of this, it is thought that Siddhis and the most devoted followers of Lord Shiva descend from the Himalayas to Srisailam to pray to Mallikarjuna Swamy. God’s mercy can be found throughout Srisailam in the form of sacred trees, precincts, and water bodies. This is because the Lord, together with all of his favourite trees, water features, and other deities, has descended to reside in Srisailam to bless his followers.

2 kilometres to the east of the main temple is the Sakshi Ganapathi temple. Ganapathi is known as Sakshi Ganapathi because he provides evidence that each devotee has visited Srisailam to worship Lord Shiva in Kailasa.

He is exquisitely carved from a black stone. He appears to be writing the names of the pilgrims to Srisailam on his folded trunk, which is to his left. The worshippers of Srisailam come to Sakshi Ganapathi and give him the names of their Gotras.

The Aaagamas detail about Sakshi Ganapathi’s importance. He stands for time. Time is the ultimate observer and keeper of evidence. Sakshi refers to that which contains evidence of every second. Sakshi Ganapathi keeps track of everyone, collects evidence of their deeds, and bestows upon them the good and bad that they merit. Knowing that someone has the evidence of our good deeds allows us to live in peace. He never forgets, even if we do. Sakshi Ganapathi is a god with a variety of destinies at his disposal. Ganesh believed that his parents were his entire universe, but Kumaraswamy demonstrated that Shiva-Shakti is present everywhere. The world’s mother and father, Lord Shiva and Goddess Parvathi, set off on their trek to Srisaila Kshetram, the location of Upasanakendra, the seat of the Vedas and the Kailasa of Earth. Along with them, Ganapathi settles at Srisailam.

The idol that is visible now was set in this location 35 years ago. An old idol that once stood here has been replaced by a new one. Walls have joined the 16 columns of the front-facing hall and the four columns of the inner hall to create a sanctuary where the idol is located. Naradatumbarulu is inscribed on the front facing wall’s cement walls.

Cement-made images of NatyaGanapathi and Shivarchana may be found on the sanctum’s three outside walls. None of the Puranas, including the Skanda Purana, mention this Ganapathi.
Devotees can participate in the Ganapathi homam that takes place here thanks to Paroksha seva, which Devasthanam has organised. Additionally, daily rituals and prayers are presented here. Therefore, it is requested of all devotees to follow the devasthanam rules and worship the revered and historic Sakshi Ganapathi in Srisailam Sarvam. 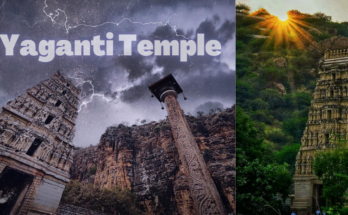 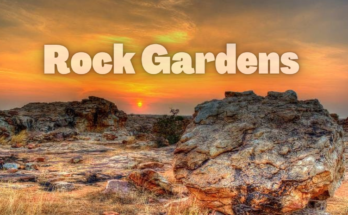